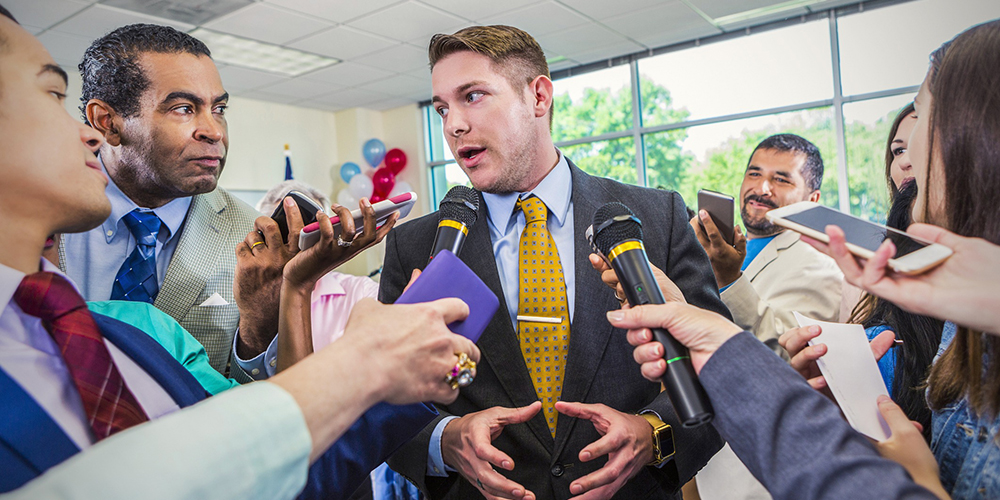 Can you push proactive story ideas in a reactive media environment?

Just shy of his 100th day in office, President Donald Trump dropped a bombshell. His long-awaited tax reform plan was finally made public.

The media had an inkling it was coming, as many reporters were tipped off that the plan would announced on April 26. It was a “stop the presses” type of news event, as this tax plan would impact every individual, family and company in the country. As the saying goes, you can’t cheat death – or taxes.

Despite the shortened attention spans of media junkies across the globe today, the biggest news stories still have staying power in today’s 24-hour news cycle. More often than not, a big story will linger for days, if not weeks, at a time.

As public relations professionals, we have an inherent sixth sense for these stories that capture the news media’s attention. Because many of us are former journalists (yours truly included), we understand that these stories are all-consuming and have many different layers and angles.

Many companies will assume that it’s fruitless to try to engage the media when one big news item dominates the coverage. They have an “agenda,” as many allege, and won’t be receptive to your company’s messages. Right?

There’s always an opportunity to marry your messages and expertise with a reactive news cycle, but it requires finesse, caution and some creativity. Here’s how you do it – as told through Mean Girls gifs.

1) Take your head out of the sand.

Read. Read. Then read some more! The best chance you have to insert yourself into a breaking story is to know what the story is – and every angle of it.

I know this is easier said than done – you’re busy, you’re working with clients and running a business. I personally find Twitter to be the most effective tool when keeping a pulse on current events. Oftentimes, news breaks on Twitter.

So you found a hot news story on the cusp of blowing up. Then what?

2) Quickly figure out your perspective on the topic and how it relates to your industry.

As soon as something happens, reporters are rushing to file the story and get the news out to the masses. They’re looking for experts to provide reaction to and analysis of the topic. Think: What does this mean for {insert demographic/group here}. For example, how does Trump’s tax plan affect small businesses?

That’s where you come in. Utilize your expertise to figure out the implications for your clients or industry, and then jot down those talking points – they’ll come in handy. In fact, we were able to quickly book a client on Nightly Business Report, which airs on PBS, to discuss Trump’s tax plan because we asked him for initial talking points. We knew we would have TV producers looking for guests, but they usually prefer to have some idea of what the person will say before booking them.

So you have your talking points in hand. What do you do with them?

3) Research and find the relevant reporters.

One of the biggest gripes we hear from reporters – and rightfully so – is that they receive pitches covering topics irrelevant to their beats. The way to get noticed and quoted by reporters is to make it apparent that you’re familiar with their work and the topics they cover.

If it’s a scheduled event, such as a Fed meeting, all you have to do is track down the reporters who covered the previous one. By giving them the opportunity to schedule a source interview ahead of time, you’ve made their life easier and are able to inject yourself into the news cycle.

Once you feel confident that you found the right reporter, the next logical step is to make contact. We don’t advocate for “spray and pray” public relations. In order to establish a meaningful relationship with a reporter, you want to personally reach out to each one, rather than send out an email blast.

After that’s done, hopefully you’ll be getting positive responses. It might go without saying, but make sure you’re available to talk to the journalist when it’s convenient for him or her. Don’t offer to be a source and then head into a series of meetings.

While breaking news can be chaotic, carefully researching reporters, compiling detailed notes that clearly spell out your point of view on the topic and sending out targeted pitches can be the difference between national exposure and being left out of a major story that impacts your clients.