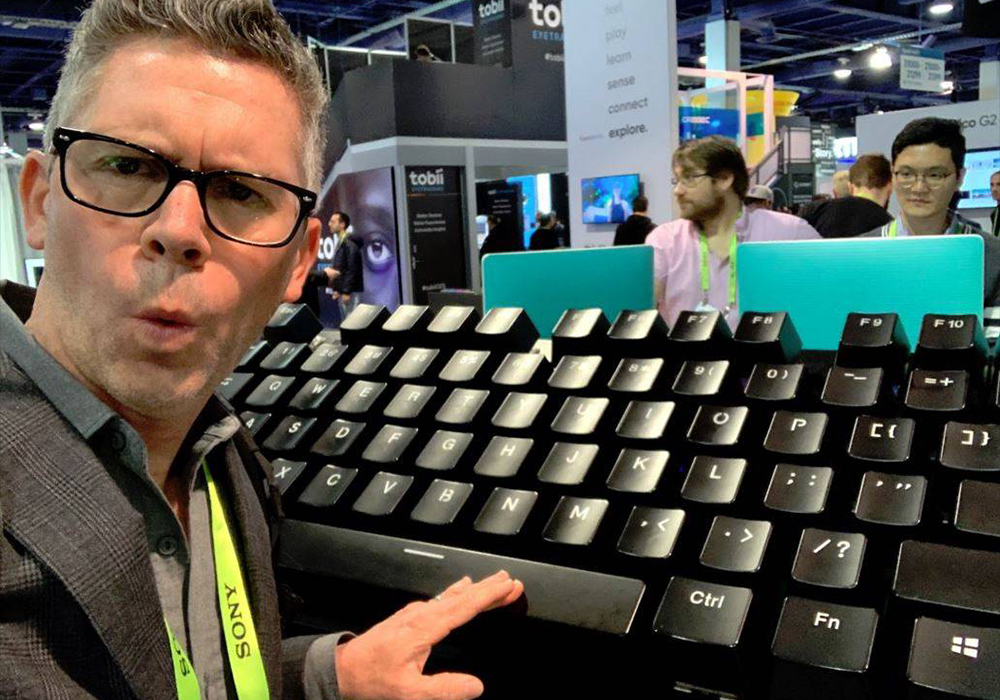 CES 2019 showed us laundry-folding robots, holograms, voice-enabled everything, and an Apple billboard that had everyone talking.

But amidst the yacht and the smart doorbells and the VR goggles, four big media narratives came into focus, ones that characterized the show and ones we’ll also continue to hear about in the coming year.

CES is only a week long, but it drives narratives and momentum for months to come. How can your company take advantage of these storylines?

CES robots in past years were mostly booth bait — gimmicks designed to attract a crowd. Others were smaller gadgets. Some were people in costumes.

But this year robots showed up for real, in the form of laundry-folding robots, autonomous food delivery trucks, ping-pong trainers, bread-baking robots, underwater drones, and more.

Only some are designed to look like humans, but most have more practical uses than we’ve seen in the past.

Smart home devices are popping up for every conceivable nook of the house, from doorbells to refrigerators to toilets. Voice-enabled devices are a must — Amazon and Google both had a huge presence at CES the past couple years.

But smart device companies’ privacy and security policies have come under scrutiny as the devices collect more and more data. Apple wasn’t even at the show, but its billboard about privacy got plenty of coverage.

Gaming has picked up at CES despite most of the big gaming announcements coming out of E3. There were new gaming laptops, chairs, VR accessories, and more.

As in past years, there were a lot of VR goggles on display, with some focused not on games but on B2B applications, like employee training.

The up and comers can ride the wave of CES media coverage well into 2019. If a startup has a good product and an interesting story, CES can be the launch pad for more buzz.

Look at Kino-mo, a startup that spent its first CES in Eureka Park a couple years ago. It had an amazing demo for its hologram technology that attracted a crowd to its booth with their phones out to capture the visual. This year Kino-mo was back with a much bigger presence and booth as it becomes a major player in its industry.

CES is just the beginning. Now is the time to reflect on what worked and what didn’t, and plan out how to improve your media coverage in 2019.

Get in touch and let’s talk about how to uplevel your PR and content plans this year.