Back to Main
Cybersecurity 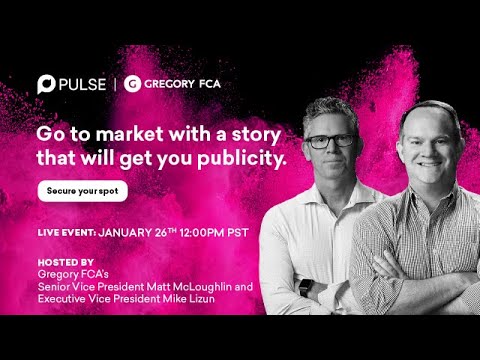 Surveys are among the most powerful tools for media coverage, but only if you approach them the right way. There are plenty of surveys that struggle to get coverage, and often it’s because something went wrong in the planning stage.

These surveys might cover topics that aren’t of interest to media. They might focus on the wrong group of respondents, or not meet a certain threshold of responses. Most commonly, though, surveys fail because the data covers ground that’s already well trod, or simply isn’t very interesting.

Even when companies have a surprising new data point to add to the conversation, they often don’t get the most mileage out of it because they fail to plan the rollout.

If you recognize the benefits of surveys in earning media coverage, but want to make sure you get the most mileage, both in terms of press coverage and content, here’s how to get started.

The survey process starts with the end result:

The answers to all those questions determine what a survey should ask and who it should target. By looking at surveys that have already received media coverage, you can work backwards.

Seek out survey results your target media has covered and what kinds of surveys appear most frequently. Do they focus on surveys of CIOs or consumers? How many respondents were included? What survey companies were behind the data that got coverage?

A typical major media outlet is more likely to focus on a survey of thousands of consumers on a broad topic. For a cybersecurity publication, on the other hand, a survey of 100 CIOs could get coverage. Knowing what has worked in the past for the media you hope to reach will help you shape your survey question and audience, as well as who you partner with to run the survey.

For example, we helped client Hitachi ID place its remote work survey results in TechRepublic. The survey of 100 CIOs by Pulse was a good fit for TechRepublic’s audience of IT decision-makers.

By looking at surveys other companies have done, you can also avoid repeating a data point an outlet has already covered. If you see headlines along the lines of what you were planning to do, think about how you could build on the data that’s already out there.

2. Start with your ideal headline in mind

Your ideal headline can’t be about your company or product. Media won’t publish anything too promotional, and the coverage driven by survey results is best for top-of-the-funnel awareness anyway.

But by coming up with an ideal headline before you develop survey questions, you can collect data that both drives awareness and ties back to the challenges and needs your company addresses. In short, what can you prove or uncover that gets your audience thinking differently about your space, in a way that leads them toward your company?

Once you have your ideal headline, craft questions that align with it.

For example, an ideal headline for client Sungard AS, which offers cloud services and disaster recovery, was that consumers were fed up with outages of digital services during the pandemic. That would push the businesses providing those services to think more about the kind of resilience Sungard AS provides.

One question we asked consumers was whether they canceled or switched service providers during the pandemic due to outages. More than half had done so. It was an interesting result that supported Sungard AS’ story without becoming too promotional.

3. Comb the data for counterintuitive findings.

Sometimes, even when you’re designing a survey with a particular headline in mind, the results tell you something different than you expected. Or you might have your main story and headline, but want to mine the data for additional insights.

Look for the data points that cut against expectations or that you could place side by side with another data point to demonstrate an inconsistency or a surprising finding. For example, a majority of respondents might claim a particular security protection is a priority, but another question could reveal that few have allocated the budget to take action.

Some surveys are meant to be a quick snapshot of an audience. Others can be a long-term project.

Could you design evergreen questions that you could ask at a regular interval — annually, quarterly, potentially even monthly, depending on the data and how quickly it evolves? With these kinds of repeatable questions, you gain not only the immediate data point from the survey, but now have multiple data points you can compare.

Instead of just showing how many ransomware attacks companies experienced in the past year, for example, you could show the percentage increase or decrease in attacks year over year to add more context to the story.

An index that tracks the same survey questions about an interesting topic over time can become a powerful tool for generating media coverage.

When planning to deploy your survey results, you can get the best bang for your buck by thinking both short term and long term.

In the short term, plan how best to release the data for the biggest splash. For media, what’s your most interesting data point?

Will you draft a press release highlighting the major data points? Draft a blog post or email blast around the data? What graphics, videos, and other collateral will you need for social media and other distribution?

If you have a more extensive survey, plan out how you’ll release the secondary data points over the coming weeks — create an editorial calendar of content and when it will go live. Create a schedule so that each piece of content tells a data-driven story both individually and in aggregate. How can you order a series of content to tell the best story?

Think beyond the initial content as well. How can you integrate data and graphics that are still timely and relevant into future content weeks and months after the data was first released? Devise a strategy for making sure you get the most mileage out of every interesting data point.

Of all the tools at your disposal to catch the media’s attention, survey data is among the most powerful and successful. You can increase your odds of success by planning from the beginning, bringing in a PR firm that understands what the media is looking for, and taking a rigorous approach to the survey from the start.

With strong planning, you can not only earn the press coverage you’re looking for, but expand your owned media as well.